How time flies when you’re having fun 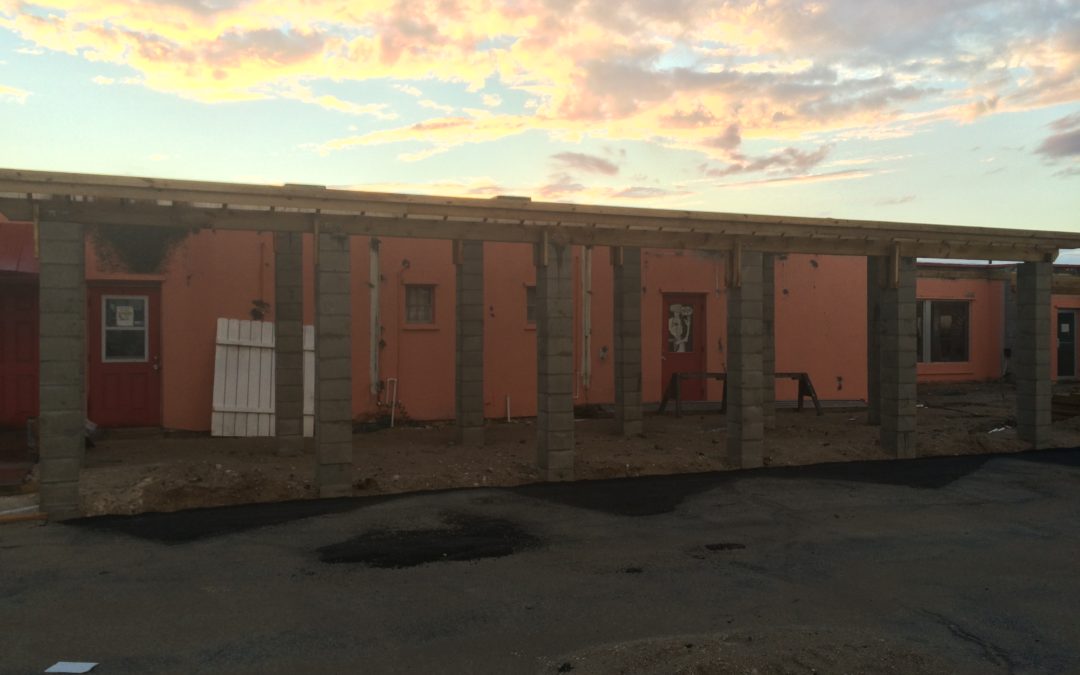 Pappagallo’s Satellite Beach opened its doors,or I should say door (our first store only had one entrance) in 1990. I have to stop and remind myself that 1990 was 28 years ago, it really seems like we’ve only been at this restaurant thing a few years.

When a former team member comes by for a visit or a guest who moved out of town returns to visit I’m instantly reminded that a lot can happen in 28 years. Pappagallo’s first spot was on eau gallie Blvd in Indian Harbor Beach, this location had 5 booths and a pick up counter and only took up 680 sq ft, Pappagallo’s Indian Harbor Beach resided at this location for 4 years until a fire in a neighboring store burnt down half the plaza including our beloved first location. It took a few months to locate and renovate our next spot on A1A in Indialantic. It was just around the corner from our first spot but it was roughly double in size and was a stand alone building so the next door neighbor wouldn’t be able to burn us out again.

This location had 40 seats and the much larger kitchen area gave us the chance to add to our menu selections.  Pappagallo’s Indialantic stayed at this location for over 14 years till finally the day came when the shortage of parking and less than adequate seating forced us to look for a larger spot. The new location needed to be close to where we have been for so long

Just when you thought we were done growing Pappagallo’s Satellite Beach expanded again in its current location. It took several steps to get us to where we are now. First came the revamped parking and roadway out back along the ocean. Next came the covered patio that instantly created a unique dining experience for our guests and added 50 plus seats.

Almost immediately after the patio opened Pappagallo’s Satellite Beach needed to grow again. Our restrooms needed to be brought up to date and enlarged to accommodate extra seating. After a quick conversation with our landlord it was decided we would take half the store space next to us and the restrooms would be moved to this additional area. The restrooms were updated and all shiny and new, but the biggest benefit came from using that free space to build an inside bar and adding a glass wall where the old restrooms were. This allowed the outside ocean view to be enjoyed from inside the restaurant as well as adding a lot of additional natural lighting.

The patio brought some new challenges that we had to work through, because of all the pillars that are required due to hurricane codes it became obvious that the only seating that would work was “community type” tables. By that we mean each table seats 10 people and can’t be moved. So if a table of 4 sits outside,odds are they may make some new friends by the end of dinner because we ask that the tables be shared. It’s Florida and the ocean breeze is amazing so on those perfect Florida nights we find that the patio always fills up first.

After heavy construction was complete Pappagallo’s Satellite Beach took the next step in decor by adding more TVs to the inside bar and the outside patio. If you ever sit at the inside bar ask the bartender to show you our “Batman style” TV stands. I’m still a guy and having 3 flat screen TVs that move up and down at the touch of a button is still pretty cool to me.

Pappagallo’s Satellite Beach has been around since 1990 and when we opened TVs really weren’t a huge part of a dining experience but times change and so do we. Personally I’m not always thrilled about sports tv in the dining room but I realize our guests enjoy it and at the end of the day I’m here to work so if people want tv we’ll have TVs.

Funny story, when we first added all the screens behind the bar it was at the height of football season, anyway I was in the back kitchen area pretty much “in the weeds,” (that’s restaurant talk for really busy trying to catch up), I hear a thunderous uproar from the dining room, sounded like a brawl was starting. I grabbed my biggest frying pan, just in case I had to provide security, and went to investigate.

I was met at the kitchen hallway by one of our servers, I immediately asked what the heck was going on and who started it, she smiled and said “here’s what happened, a really big guy in tight pants threw this egg shaped ball to another big guy in tights and when the second set of tight pants caught said ball everyone at the bar went nuts.”

I have to admit I’m not a huge fan of watching other people play games on TV but I get that some people live for football on Sunday. I’m not judging, I mean whatever makes you happy is fine with me and if we can make you something to eat or drink while you’re yelling at our TVs, I can learn to deal with it.

Pappagallo’s Indian Harbour Beach opened in 1990 and we’ve made a lot of changes over the years as times and customer needs change some have been small and insignificant while others have been large and expensive. No change in service or surroundings has ever changed for any reason but to make coming to Pappagallo’s Satellite Beach more enjoyable for our guests.

So go ahead yell at the TVs if that’s what Sundays are for you, we’re OK with it and we promise not to yell when the other team does something good either.

I’m not sure what the next changes coming to Pappagallo’s Satellite Beach will be but I do promise that it will be to serve our guests better.