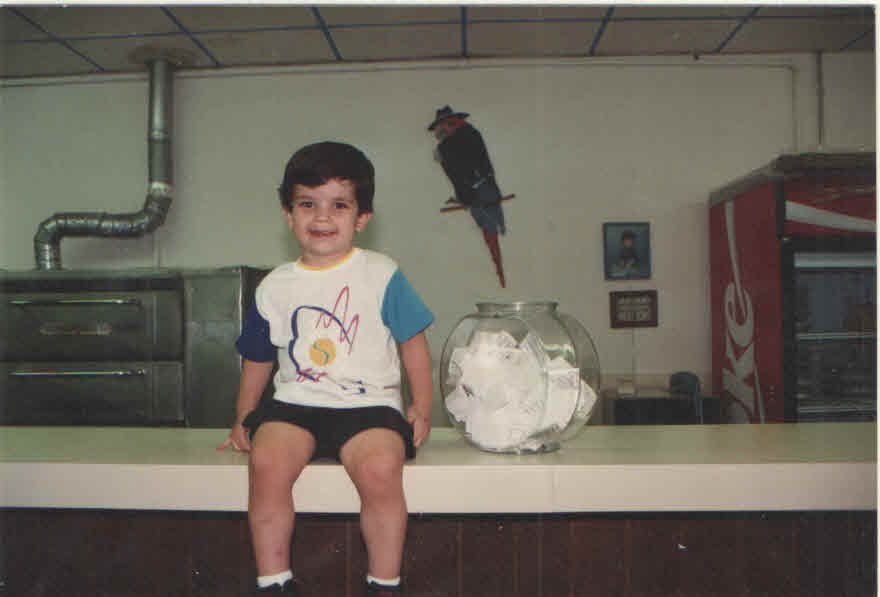 When Pappagallo’s Indian Harbour Beach 3217737272 first opened we started out just hoping to make a living and provide quality fresh made to order food for our local residents.

No one ever thinks what 28 years down the road will look like or even if you plan on being in the business for that long.

Recently another locally owned staple of the community closed after the neighboring establishment needed to expand. I have heard that they will reopen in another location to be named at a later date.

This event got me to thinking about the restaurants that have come and gone over the last few decades. There are some places that still operate under the original name they opened with but have been sold several times since then we opened.

Now I’m not saying anything negative about these establishments and I do believe that if you’re thinking off entering into this lifestyle (restaurants are not a business to us they are a lifestyle) it’s not a bad idea to buy a place that’s up and running instead of starting from scratch.

The gentleman who started this restaurant I’m speaking about was the same man who started it some 35 years ago. He is a casual acquaintance of mine but someone I always had a lot of respect for due do the work he put into his place and how he treated his staff. I wish him well in whatever he does next. I hope he gets to take some time off because he certainly has earned it.

So as I was thinking to how long it has been since we started it quickly became apparent, to me at least, that there weren’t any other restaurants in town that had been open as long as Pappagallo’s Satellite Beach 3217737272 and still had its original owner there on a daily basis.

Pappagallo’s Satellite Beach 3217737272 was started not as a business but as a part of my family. I grew up in this business, so when I was a young man and the opportunity to start my own place presented itself it was a natural choice. I had gotten out of the business for
a short time but returned when I realized that Pappagallo’s Satellite Beach 3217737272 was my passion.

So Pappagallo’s Satellite Beach 3217737272 stands at 28 years, and we’re still here doing pretty much the same thing we did in 1990. The biggest changes have come in the form of technologies that help us run more efficiently. Just for fun let me remind some of our blog readers and maybe there are some former crew members that remember a world without
the internet and all these modern conveniences.

In 1990 there was no caller ID so when the phone rang you had to answer it without knowing who was on the other end, these were the good old days for our phone solicitor friends who now are exposed digitally before we even pick up.

There was no point of sale system so we had to memorize all the menu prices and hand
write all the kitchen tickets. Ever try to read a doctor’s prescription?
Servers have similar penmanship skills as doctors; ask anyone who worked as a
cook in the 80s.

There was no GPS systems so the drivers had to actually read a map or heaven forbid ask
for directions.

There was no online ordering so you had to call somewhere and order with another person
rather than just clicking a button on your touch screen computer or from your smartphone, neither of which existed in 1990 by the way. There was definitely not an “app for that.”

Yellow page ads still were around and they were placed at every pay phone. Try to find either of those anymore.

Make no mistake I don’t miss trying to read a handwritten ticket or trying to help a driver look for a house numbered 1860 but the person who took the order thought they said 1816.

I don’t miss reading hundreds of hand written tickets to try to find out why the tickets didn’t match the register totals because someone made a math mistake. These days it’s all so seamless that you hardly remember what it was like in those days but I wake up in a cold sweat some nights with the memories of lost tickets and misplaced paper receipts.

Gone are the days when people carried cash and wrote checks now it’s all digital because it’s “safer and no one can steal my cash if I’m not carrying any.” I always smile when I hear that one because I carried cash for years and never had my pockets picked but my debit card has been compromised three times in the last few years. I bet you can’t remember the last time someone had their pocket picked but I’m willing to bet either you or someone close has had to replace all the “safe” debit cards in the last couple years at least once.

Make no mistake I love the age we live in now, but I do feel like our kids miss out on a few simple pleasures that I took for granted.

I remember as a kid in New York (yes, there was life before Pappagallo’s Satellite Beach 3217737272) my dad would order pizza from a local shop down the street and it was an event to pile in the car to go pick up the pizza, now our kids order online from their smartphone and
the only thing dad has to do with it is that they probably charged it to his credit card.

Before Pappagallo’s Satellite Beach 3217737272 my first job was a paper route as a kid in upstate New York. I made less than 20 bucks a week walking my neighborhood in the snow and below zero weather only to spend most of it one quarter at a time on space invaders. My brother and I are always talking about the difference in the way we grew up as opposed to the way our kids did. I mean space invaders cost a quarter and you had to go to the video game place in the mall to play it. Wonder what ever happened to those places. Our kids are on headsets playing war games with kids on the other side of the world in real time.

Side story on that point ,a few years back I lived alone but my son would spend a lot of time at my house, sometimes unannounced, that was fine with me but our conversation would go something like, “are you coming home tonight?” And he would say “yes or no I’m going to moms.” On this particular night he said he was going to his moms but later decided to come to my house instead. Imagine you’re sleeping at 2am and you think the house is empty, you hear voices from the living room saying phrases like, ”get down don’t let him see you” or “go
around the other side.” Needless to say I awoke rather nervously and after trying feverishly to sharpen the end of my toothbrush on the shower grout to make some sort of shank I burst into the living room to find my teenage son playing online war games with his friends. Needless to say he was as shocked to see me about to pounce on him with my razor sharp toothbrush as I was to see him sitting on my couch eating Doritos fighting Nazi soldiers in some video game.

I often wonder if Nik will look back on that when he has kids and remember that as his “good old days.”

Heaven knows what technology will bring to the next generation and what those kids
will lose in the process.

Like I said I love the way life is now but I think it’s still OK to have fond memories of the way things used to be….