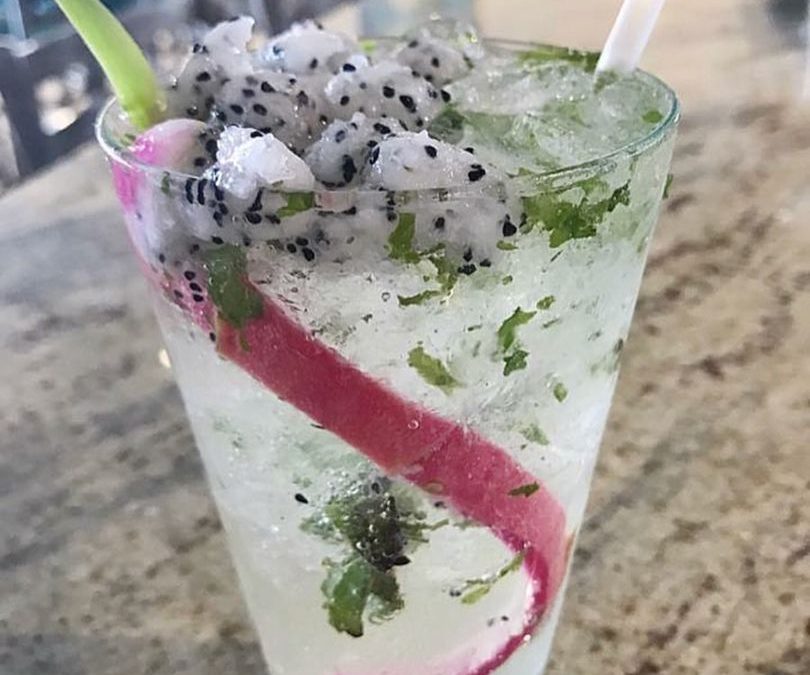 Pappagallo’s in satellite beach has prided itself on serving freshly made quality food for our community since 1990. Pappagallo’s first location was a very small front on eau gallie blvd in Indian Harbour Beach, this location started it all for us. We only had a very limited 5 booth dining area so in the early years we were mostly a take out and delivery place. This first location did have a license to serve beer and wine but we only opted for a couple draft beer options due to the limited dining area.

Almost five years into our restaurant owning journey we moved to a larger location around the corner in Indialantic. I’d like to say it was a well thought out choice and that we spent time studying demographic reports and other market analysis tools to determine where and when we were going to expand but it was more of a case of where can we go, like….now!

Just in case you’re not familiar with our story, our first location for Pappagallo’s fell victim to a fire in our neighbors store. It destroyed half the center where we were located so we literally didn’t have a choice to move. The fire sent us looking for a location close by that we could occupy quickly. No Pappagallo’s – means: no business and no job for me and with a young family to support I really didn’t have time to “look around.”

Enter the 2nd location of Pappagallo’s, this store on A1A in Indialantic gave us some much needed extra space and it allowed us to double our seating capacity. The downside however was because we were essentially next door to a church we would have to get a variance to serve beer or wine. Since alcohol was never a big part of our menu it wasn’t a big deal when we started. As time went on and with the added seating we found that our guests kind of felt like pizza and beer go together and wine with their pasta dish was also a request. Several attempts at getting all the paperwork submitted to request changes to zoning so we could serve beer and wine. It was quite a process that took a lot of time and several county commission meetings to get this done. Several times in would get into the process and give up due to lack of time to spend filing the required papers.  Somewhere along the “quest for licensing” it came to our attention that we could serve beer for free but couldn’t sell it. This made no sense to me at all! I asked an inspector from the state, “so you’re saying I can give it away for free and no one gets paid and we collect no tax for the state but I can’t get a license without jumping all these hurdles first?”

Pappagallo’s gave away free draft beer for a few years much to the delight of our guests. Eventually liability concerns and cost of the giveaway forced us to put our head down and push through the process of getting our license. Pappagallo’s received a variance request and we were allowed to sell beer and wine at our second location.

Pappagallo’s resides on A1A in that location for some 15 years. We had requests for some cocktail drinks but we would have to have had to purchase a liquor license or have seating for 150 people to become a restaurant that served cocktails. First option was cost prohibitive (and I really have never had interest in being a bar) and we simply didn’t have the space for 150 seats so beer and wine it was for that location.

By 2006 Pappagallo’s had outgrown that location and it was time to look for another larger spot. Luckily we found a store front just a few miles up the road, still on A1A but I’m Satellite Beach. Pappagallo’s remodeled this spot and moved again. This time it was to allow more seating and better parking, and this time we didn’t smell like smoke from the fire that forced the move.

Pappagallo’s reopened at the location we currently operate, few years went by and we got used to our larger dining area and the added space our new home provided. The eventual question from our guests came up,”are you guys ever going to serve cocktails?”

Pappagallo’s had grown from 5 booths to 10 tables to now having 75 seats at our newest spot. We had grown for sure but licensing was still too much to buy for a bar license and we didn’t meet seating requirements to get the “restaurant that serves drinks” type license. At this point Pappagallo’s was rooted in our new home the bigger kitchen allowed us to expand the menu and things were going along pretty well.

“REMODEL” That was the term our friend and landlord brought to us, apparently the city had decided to redo the entire back area behind our plaza and the road between our back door and the beach. It was quite an impressive project and it involved a covered outside patio that we could use for dining and a redesigned parking lot. Construction one the first phase was coming to an end when I found myself and our landlord discussing how cool it would be to expand our restrooms to a store connected to ours and open up the wall facing the beach and add a bar on each side of the sliding glass door that would replace the wall. A deal was struck over a handshake and construction our new bathrooms began.

The new space allowed us to meet seating requirements for cocktail license and the outside patio overlooking the water provided a quick demand some tropical drinks. Along about this time my son Nik had joined Pappagallo’s crew and was learning the ropes of running the family business. The new “bar” was a perfect place to let him set up something from his own vision instead of what might had already been there. Honestly Nik was a little apprehensive at the idea because he had worked in some bars while he was away at school but had never managed one by himself. Looking back I remember him telling me,”I want to do it but I’m not sure what I’m doing,” I replied “that’s fine I don’t know how to run a bar either so if you screw up I really won’t notice.”

Nik jumped in with both feet and he had his bumps at the beginning as he learned the new end of Pappagallo’s, but he’s come a long way over the last few years and has found a passion for creating craft cocktails and lighting things on fire on the bar.

Many years ago I tended the bar at my parents restaurant and things were much simpler back in the 80s. Most calls for drinks I got had the recipe in the name, people ordered, rum and coke, vodka and orange juice and gin and tonic. These days you have to be an amateur chemist to be a bartender. I hear things like mango basil margarita and cucumber mojitos being ordered, yeah I think I’ll stick to cooking because it seems the bar is a young person’s game.

So in closing YES! Pappagallo’s has a bar and YES! we serve mixed drinks but we have not lost our restaurant heritage. Drinks are for the convenience and pleasure of our guests but not the basis of our business. By that I mean we will always focus on quality food along with freshly made original craft cocktails but we won’t be staying open till 2am for the bar crowd and we will always be family friendly. That’s how we started and after 29 years I’m kind of set in my ways.

After reading this I hope you check out out bar menu on this site and next time you come by for dinner check out our drink menu. I’m willing to bet you a cannoli you’ll see some combinations on that list that you’ve never tried before.

See you at Pappas